Covid-19 has shaken the whole world. However, this epidemic has pushed working women the most to suffer in the world. About 3 million women workers have lost their jobs in the United States alone since the beginning of Covid-19. And globally this number is 74 million or 64 million. Overall, working women around the world have lost about 60 trillion in income. As a result, it will take 135 years and 6 months to bridge the gap between men’s income and women’s income. This time was 99 years and 5 months before Covid-19. The calculation was made by the World Economic Forum (WEF).

However, not all the companies have laid off women, but they have stood by them during the Corona period. Forbes, a world-renowned US business magazine, has compiled a list of the most women-friendly companies in collaboration with the international research firm Statistar. These companies have stood by women workers not only inside the office but also outside, extending a helping hand. Forbes and Statista surveyed 85,000 companies in 40 countries. Those who took part in the survey were asked to rate the equality of male and female employees in terms of pay and income, leave, development of equality between men and women, the company’s executive and management activities and opportunities to participate in the board of directors.

According to the survey, some issues remain elusive in ensuring the advancement of women in the workplace. For example, out of the top 300 companies in the survey, only 20 have women in the top leadership.

Hershey, a US-based food, beverage and tobacco company, topped the Forbes-Statister poll on women-friendly companies. Michelle Buck is the current CEO of the company, which was founded in 1894 by an entrepreneur named Milton S. Herschelly. He got the responsibility in 2016. Michelle Buckey is the first and only female CEO in the company’s 128-year history. Not only that, now 42% of the company’s board of directors are women. They want to increase the rate of female workers to 50 percent of the total workforce by 2025. This rate is currently 48 percent. At the same time, the company is planning to increase the rate of women to 42 percent, which is now 36 percent.

The Hershey Company raised the salaries of male and female workers to equal levels in Corona in 2020. Alicia Petros, the company’s chief diversity officer, said the company was now working to achieve equal pay for men and women in global operations.

Because of Corona, the Hershey Company has a five-year plan. Under this, various facilities including child care and transportation will be provided to women workers.

Zoom Video Communications, which is at the top 9 of the Forbes-Statistar list, has redesigned its hiring policy. The company has changed its strategy to ensure that there is no bias in the recruitment of female and male staff and increase women’s participation. This information was provided by Lynn Oldham, Chief People Officer of Zoom Video. She said Zoom Video is taking steps to keep female staff engaged in charitable activities outside of office work.

Many elderly women workers have lost their jobs due to not being able to go to work physically. Many have been laid off due to the closure of production companies and cost savings due to restrictions. Another part of the reduction in salaries and wages. Despite the massive layoffs of women workers around the world in 2020-21, it is hoped that women-friendly companies are planning to hire more women workers and provide them with more opportunities in the future. As a result, 2022 may become the year of women workers. So economists think there is no need to despair. Because, as the world economy begins to turn around again, job opportunities will increase. In particular, the demand for skilled workers will increase. There is already a shortage of manpower in the construction sector and nursing profession in different countries. As a result, in many places workers are now able to bargain more for wages or salaries than ever before.

Second on the list of women-friendly companies is Southwest Airlines, a US transport and logistics service provider. The current manpower of the company is about 16 thousand. In third place is the German engineering and manufacturing company Maili Group. Founded in 1899, the company now employs about 21,000 people.

Sweden’s construction, oil and gas extraction and mining and chemical company Skanska are in fourth place. The company, which started its journey in 18, now has a manpower of 34,000. Citrix Systems, a US IT, Internet and software service provider, ranks fifth on the list. The company currently employs 9,000 people. 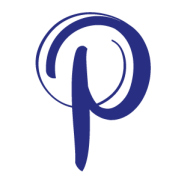 16 Business Strategies for Entrepreneurship to Success

How To Become A Successful Entrepreneur

3 weeks ago
Leave a Reply